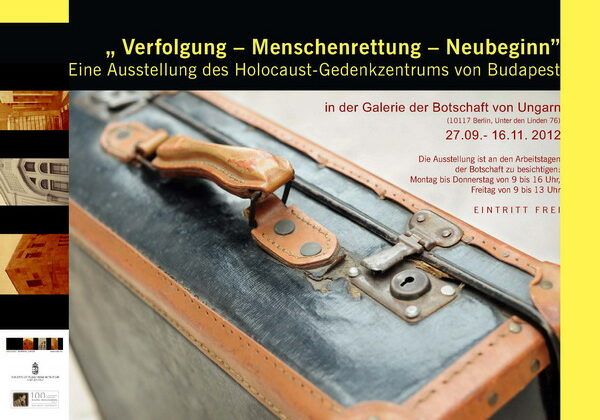 Opening: September 27, 2012 at 12,00 The exhibition within the premises of the Hungarian Embassy in Berlin illustrates the escalation of discrimination against Jews in Hungary from the 1920s. It puts an emphasis on the forced labor service during WWII, on the ghettoization and deportation of Jews living outside of Budapest, providing a complex picture of the Shoah and its consequences for the Jewish population in the post-war period. By displaying selected original artifacts, photos and documents from the collection of the Holocaust Memorial Center, it also provides an opportunity to present our Institution to the public of the German capital.

TOPICS OF THE EXHIBITION