Exhibition and Conference “From Healing to Killing: Science and Genocide” 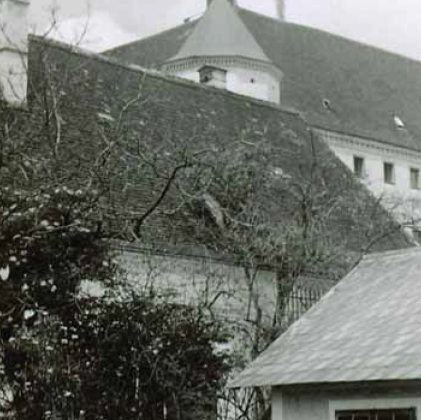 Historic background: From autumn of 1939 until the summer of 1941 some 70000 patients and people with various disabilities were killed in the “medical” institutions of Nazi Germany. Most of them were murdered in gas chambers. Later, the technology established during this process was applied by the same staff in the extermination camps in the occupied Poland, first of all in Sobibor and Treblinka.

The staff caring out Hitler’s personal order were doctors and nurses. What made them to forget their Hippocrates Oath and murder patients put into their care? How could a well-intended theory aiming at improving the human genome lead to the darkest chapter of the human history, the Holocaust? These, and similar questions will be discussed by the lecturers and the audience at the event at the Holocaust Memorial Center in Budapest, starting at 1 pm on April 25, 2016. Historians, experts on medical ethics and students of the related fields are particularly encouraged to participate to the conference. Registration at regisztracio@hdke.hu.

The conference will be followed by the opening of the exhibition . The exhibit is divided into six chapters. The first five ones introduce the history of the process Eugenics, Rise of Nazi Power, Compulsory Sterilization, “Euthanasia”, and “Final Solution”. The sixth part of the exhibition represent artists’ reflections on the Nazi medicine.

For more details, see the program of the conference and the list of lecturers.

This website uses cookies to improve your experience while you navigate through the website. Out of these, the cookies that are categorized as necessary are stored on your browser as they are essential for the working of basic functionalities of the website. We also use third-party cookies that help us analyze and understand how you use this website. These cookies will be stored in your browser only with your consent. You also have the option to opt-out of these cookies. But opting out of some of these cookies may affect your browsing experience.
Necessary Always Enabled
Necessary cookies are absolutely essential for the website to function properly. These cookies ensure basic functionalities and security features of the website, anonymously.
Functional
Functional cookies help to perform certain functionalities like sharing the content of the website on social media platforms, collect feedbacks, and other third-party features.
Performance
Performance cookies are used to understand and analyze the key performance indexes of the website which helps in delivering a better user experience for the visitors.
Analytics
Analytical cookies are used to understand how visitors interact with the website. These cookies help provide information on metrics the number of visitors, bounce rate, traffic source, etc.
Advertisement
Advertisement cookies are used to provide visitors with relevant ads and marketing campaigns. These cookies track visitors across websites and collect information to provide customized ads.
Others
Other uncategorized cookies are those that are being analyzed and have not been classified into a category as yet.
SAVE & ACCEPT